Evidence Based Library and Information Practice Reading Group had another hour of lively discussions on 28 June. The facilitator, Fiona Macdonald, captured this #EBLIPRG chat on Storify.

Our next meeting is on 25 August. Let us know if you wish to facilitate this or any of the future meetings (contact from this blog or use #EBLIPRG on Twitter). All LIS people are welcome to give it a go. 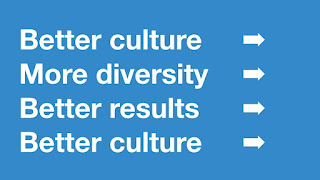 Where is the evidence?
Join in and discuss recent blog post from Stephen Foreshew-Cain – Executive Director in the UK of the Government Digital Service.

If you foster the right environment of creativity, of trust, of empowerment, you get better results from your team


This relates to the conversation started in our last Twitter chat about distributed leadership and community building.

1. What does management by the team look like?
2. What examples do people have of grass-root initiatives that have had an impact?
3. How are our expectations different in a digital age?

4. How easy is it to change a culture?

Part 1: Transliteracy, the art and craft of ‘moving across’ 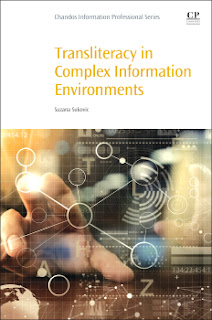 Imagine an environmental sculpture recorded from outer space. A global artist collective covers the earth landmasses with pieces of double sided print paper. Fast forward a couple of decades later, a layer of books covers the earth, then only 3 years forward - two layers of books cover the land …And then the recording speeds up so much that it seems no mountain will peak above the last layer.

The imaginary filming of the installation illustrates the proliferation of information. The global memory stored in technology roughly doubled every three years in recent decades, from less than 3 exabytes in 1986 to about 300 in 2007, according to Hilbert. ‘Had we chosen to store this on double printed book paper, we could have covered every square centimetre of the world’s landmasses with one sheet of paper in 1986, with one layer of books by 2007, and by 2010 with two layers of books’ (Hilbert, 2012, p. 9). Closer to the reality of our information environment, we should imagine books, computers, phones, tapes and much more covering the landmasses. The presentation of information covering the earth has a symbolic value as our interactions with information are happening in our physical surroundings. Hilbert points out that our bodies have about the same informational capacity as all our devices put together. With all the incredible growth of information enabled by digital technology, a significant part of our information world is analogue and embodied.

Transliteracy captures the idea of our capacity to interact with information in whatever form it takes. The practice has been in existence for a long time. The concept, however, is relatively new, arising in the context of increasingly complex information and communication environments characterised by multimodality and new roles of creators and consumers. Transliteracy concerns the ability to apply and transfer a range of skills and contextual insights to a variety of settings. Rather than focusing on any one skillset or technology, transliteracy is about fluidity of movement across a range of contexts. It has attracted a great deal of interest in the library and information field, particularly among practitioners, as it captures the experience of daily work with information. Unlike many other approaches to understanding the way we work and create in interaction with information and technologies, transliteracy is a holistic approach. It is concerned with skill and knowledge transfer on which most deep learning and creativity are based. It exists on the intersection of disciplinary divisions, between theory and practice. Possibly most importantly, transliteracy is focused on the movement and transfer, which requires constant questioning of boundaries.

Transliteracy intuitively makes sense to most people, but what exactly does it mean? And how do we develop the art and craft of a transliterate ‘movement across’? After a decade of interest in and applications of transliteracy in the practice of information work, an evidence-based answer remains elusive. One reason is that transliteracy is everywhere, constantly in process and movement, hence difficult to pinpoint and capture. Another reason is that the answer to the deceptively simple question requires solid research data and analysis, but research in this area has been scarce.

Transliteracy in complex information environments, a book to be published by Chandos, an imprint of Elsevier, in a couple of months, offers some evidence-based answers about transliteracy. The first book on the topic (as far as I am aware) is concerned with learning and knowledge creation as information intensive processes. The transliteracy study presented in the book is based on data gathered from teenagers in high school and humanities researchers in university settings. They provided insights into a transliteracy range on a learning continuum from young teenagers to senior academics. A prolonged investigation provided solid evidence for understanding transliteracy from different perspectives.

In the book, transliteracy is considered in relation to other literacies as an overarching framework rather than replacement of existing information, digital and media literacies. Applications in education and lifelong learning are discussed. Social aspects of transliteracy are considered in relation to academic cultures and broader social trends, particularly hybrid cultures.

To me as the author, the book is a way of participating in discussions about the nature of change ignited by technological developments. It is also a way of thinking about living creatively and moving freely across information landmasses.

PART 2: What is transliteracy?

The last meeting of the Evidence Based Library and Information Practice Reading Group (#EBLIPRG) was on Thursday, 30 June. The LAICD Group from Ireland facilitated this meeting and prepared a storify version below.

There are some useful links to further information about distributed and participatory leadership.


Thanks, @LAICDGroup, for a great meeting.