The smell of the latest muffin recipe from my Mufficious group is emitting from my phone screen so deliciously - you can almost bite into that picture. I’ll certainly try the recipe tonight. But I better check the minutes of our last meeting! My project group is meeting in the library in ten minutes. Today we have an older local resident chosen from our people database coming to talk with us. I am looking forward to meeting him as well as Hildur from Iceland who is joining us for the first time. Her preservation work sounds so interesting. Misha will pop in towards the end of the meeting with some fantastic wood samples he found on the ‘Almost real’ (it’s funny Misha is still called ‘librarian’ - the last time he touched a book was a year ago, he said).  Such a nice mix of languages in our group – always a good time to practise my Chinese and check the latest translation software. My Chinese is getting so much better since I can listen to Wong and look at the translation in a real conversation. I’ll stick with the voiceover for Maria. This new app promises to have Maria’s Spanish translated in the most believable English voiceover for me. I can catch up with Karen after the meeting. Maybe we can try that new Mayan chocolate drink in the library.


In this snippet of a future scenario, a multiliterate person processes a range of digital and analogue inputs as she goes through her day. Multisensory experiences, collaboration, a range of media and shifting cultural contexts are all part of everyday living. There is a growing recognition in different professional circles that people will increasingly require an ability to work in multiple contexts with a variety of media and, most importantly, in collaboration. A proliferation of literacy models in recent years arises from a need to capture the complexity of skills required in new environments. A number of LIS authors feel that a well-established and important framework of information literacy needs to explicitly include skills relevant for online collaboration and communication.

Transliteracy has become a bit of a buzz word among LIS professionals in the recent years. Alan Liu, an English Professor, initiated the idea of transliteracies at the University of California in relation to online reading (Transliteracies Project). The concept was adopted and taken into a new direction by Sue Thomas, at the time Professor of New Media at De Montfort University in Leicester. Thomas started the Production and Research in Transliteracy (PART) group in 2006. The group discussions resulted in the seminal paper Transliteracy: crossingdivides [i] a year later. In the article, the concept of transliteracy was presented as ‘a unifying perspective on what it means to be literate in the twenty–first century’ and defined as ‘the ability to read, write and interact across a range of platforms, tools and media from signing and orality through handwriting, print, TV, radio and film, to digital social networks’ (What is transliteracy?, para 1). The behaviour is old, but it has become particularly complex and important in new media environments with collaboration as its most prominent feature. The authors consider ‘media literacy’ and the space where different experiences and formats meet and mix. In order to understand new cultural production, a transliterate analysis is needed to consider the usual ‘how’ and ‘why’ as well as
...the shift in emphasis from static monologue to dynamic dialogue suggested by participatory narratives; the practices and politics of collaboration, particularly when many geographically and linguistically spread authors collaborate simultaneously; and the existence of a “group creativity” or “intelligence”, perhaps as an emergent property of individual creativities or intelligences (Networking the book, para 6).

An ability to shift between different modes and media is central to the concept of transliteracy, which helps us see new behaviours and practices holistically. The authors see transliteracy as a work in progress and conclude the article with an invitation to join the discussions. LIS professionals have responded enthusiastically and extended the discussions in our own field. The hashtag #transliteracy is a good way to join some of the discussions on Twitter.

Metaliteracy is another closely-related concept, promoted by Thomas P. Mackey and Trudi E. Jacobson. In their paper Reframing information literacy as a metaliteracy[ii], Mackey and Jacobson discuss a need to extend the information literacy framework to explicitly address skills needed for collaborative online environments. A range of ‘literacy frameworks’ such as information, media, digital and visual literacies capture various skill sets. The authors argue
... that a comprehensive understanding of information and related competencies are central to these literacy concepts. This approach is grounded in the idea that emerging technologies are inherently different from print and require active engagement with multiple information formats through different media modalities (p.68).

Information literacy is central to the understanding of metaliteracy, which ‘provides the integral foundation for additional literacy types, recognizing social media environments as active collaborative spaces for accessing and sharing one’s findings’ (p. 70). The authors analyse some specific information skills needed for evaluation, use, creation and publication online. They acknowledge and briefly describe the concept of transliteracy, but they don’t consider the points of difference. It seems that the distinction lies in a focus rather than the content. Transliteracy and metaliteracy both arise from the realisation that current and future information environments require fluency in skills and a unifying perspective in understanding these skills.

A version of this article appeared in InCite, Nov-Dec 2013 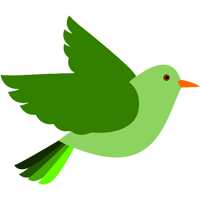 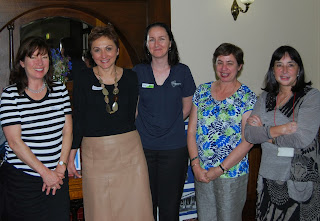 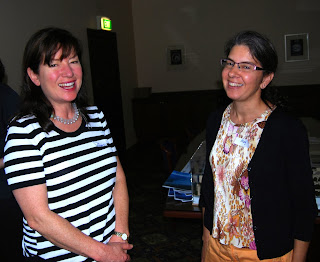 Yesterday LARK had its second meeting ever. The first meeting was a year ago when the group came into existence. Yesterday we met again to touch base and discuss where we are heading. LARK isn’t and shouldn’t be a closed club, said someone in the meeting. The gathering was a case in point. There were some well-known faces for continuity and new ones for a sense of growth. The gathering was small, but there were representatives from different information sectors – school and academic librarians,
vendors and indexers - sharing research interests, concerns and wishes.

It was a most enjoyable evening, but also an opportunity to think about what next. As time passes and LARK develops, I am more and more convinced that research in the profession needs care and a helping hand to grow. On good days, like yesterday, I feel that professional LIS research is ready for a boost. 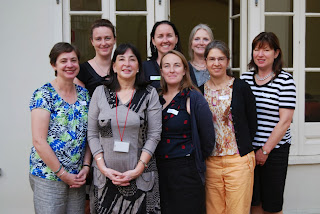